↓ Skip to Main Content
Home › BLOGS › Medallions – The Next Step

With two core box sets (Characters and Monsters) and supplemental themed booster tubes, Fiery Dragon’s medallions are a great way to bring your game to life.  In addition to showing the relative location of characters, foes and monsters, the medallions are enclosed in a plastic cover compatible with dry-erase markers.  That means that you can tell which mount is yours: 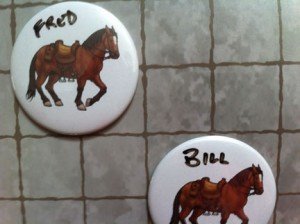 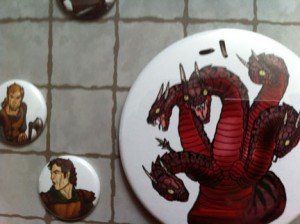 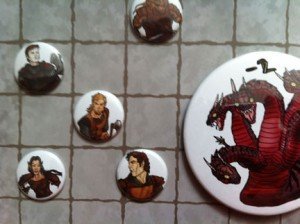 … or you can mark who has been paralyzed (or killed) by the ghoul’s surprise attack: With the dry-erase marker (included in either of the core box sets), you eliminate guesswork during game play, as everything can be marked directly on each participant’s medallion.  Tactical combats are simplified, as you know the exact positioning of each character – and all medallions are built for a one-inch equals five-foot scale, so they’re fully compatible with Fiery Dragon’s line of cardstock counters or your existing miniatures.

In addition to the protective plastic coating, Fiery Dragon medallions have a tin base, which provides an attractive surface for magnets.  You can use any common magnet to manipulate your medallions around the battlefield.  For example, pulling your departed character out of a gang of ghouls without disturbing the surroundings and maintaining the integrity of the play area: 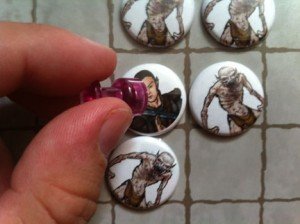 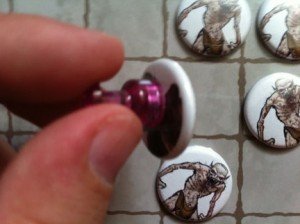 So, no more scrambled miniatures or soggy counters when a drink is knocked over.

From our Character Medallion Master Set:

From our Monster Medallion Master Set:

From our Goblin Attack supplemental Tube:

For a full list of included medallions, see the individual entry for each product.

Posted in BLOGS, James On Games

0 comments on “Medallions – The Next Step”

3 Pings/Trackbacks for "Medallions – The Next Step"