↓ Skip to Main Content
Home › BLOGS › Todd Man Out › The Music from Lord of the Rings… sucks.

The Music from Lord of the Rings… sucks.

TODD MAN OUT: Rants, Monologues and Opinions from Todd

The Music from Lord of the Rings… Sucks.

K’now, I’m as big a fan as anyone might be of the Lord of the Rings movies, but I gotta say, I’m not a big fan of the music.  Sure, the sound track won an oscar, and sure, it really is great in the first movie, however it’s more of the same throughout the second movie, and consequently, when you hit the third, it becomes a serious case of bin’ there – done that. 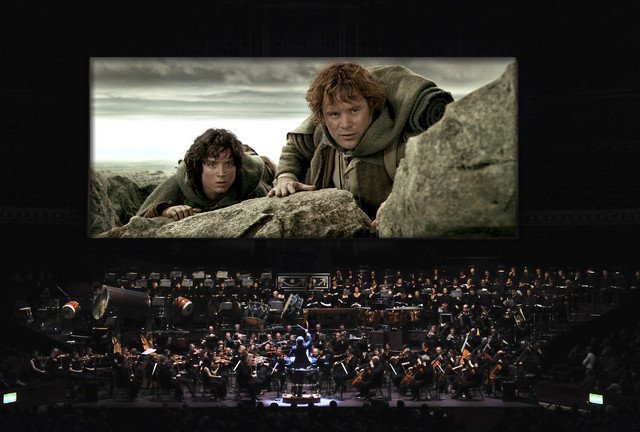 I guess my problem comes in the third movie, which I found thrilling throughout, but not for the same reasons that REALLY got me emotionally in the book.  Obviously, the movie soundtrack are one of the many elements a director considers in order to accentuate an emotional response from the viewer.  Imagine Jaws or Star Wars without their respective musical themes.  In fact, in a lot of ways, the music made those films.  In Return of the King, there are number of moments where the story builds to a heroic pay-off.  You know what I’m talking about – The Witch King vs. Gandalf and the sudden appearance of the Rohirrium; Eowyn vs. the Witch King; the arrival of the Black Sails; and of course, the final run of Frodo and Sam, and the destruction of the ring.  Although my favourite moments in the books, they are not my favourite moments in the film.  Why?  Mostly because of the music.  Case in point:  The charge of the Rohirrium.  To me it seems that somewhere along the way, PJ forgot that LotR is essentially a film about war, because not once throughout this raging, bloodthirsty charge of the desperate Rohirrium did we hear a war drum – instead, we hear flutes.  I don’t know about you, but when the heroes of Rohan are very well facing their last moments on middle-earth, and willingly throw themselves against the vast hordes of Mordor, I want to hear something comparable to Wagner, Taichovsky’s “1812” or Holst’s “God of War”.  I want thunderous drums, crashing symbols, and screaming trumpets when all the heroic slashing and hacking in the name of good starts up…NOT this never ending stream of celtic/piccalo flute/Enya hodge-podge.   Listen, you’ll see what I’m saying.

Posted in Todd Man Out

0 comments on “The Music from Lord of the Rings… sucks.”

1 Pings/Trackbacks for "The Music from Lord of the Rings… sucks."