To many, Trampier would be considered the grandfather of RPG illustration, a definitive starting point for the visual brand of Dungeons & Dragons in much the same way that artist Jack Kirby is revered for being so in the field of comic books. With his work on the Monster Manual, DMG, and Player’s Handbook, not to mention his long standing run with his comic strip “Wormy”, DAT’s illustrations were, for me, the diamonds found in books laden with a treasure trove of fantasy art. 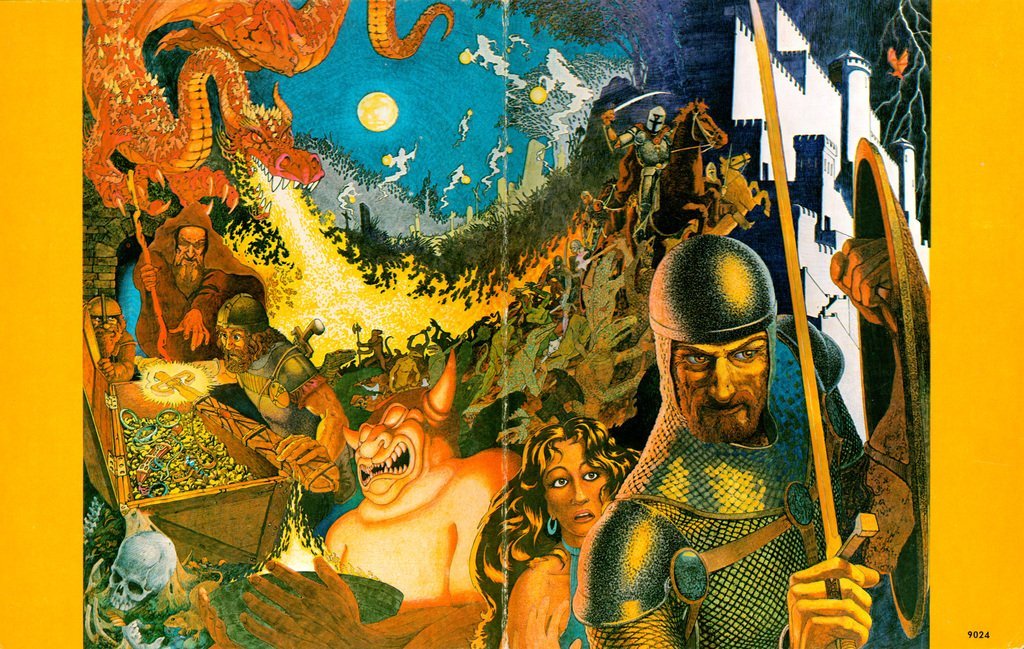 I had already been drawing and painting before I discovered Dungeons & Dragons, and my favourite subject matter from the very beginning was, coincidentally enough, medieval fantasy.  David Trampier, as well as the rest of TSR’s stable of artists, did much to throw fuel on the proverbial fire of my growing love of telling stories visually, as well as quite simply, drawing cool monsters.  Many years later, in the wake of his passing, it is easy to say that Trampier’s visionary illustrations, at a time where fantasy imagery was nowhere near as accessible as it is today, is still king.  Me being the fan that I am put a list together of the Top 10 Illustrations of 1st Edition Dungeons & Dragons some time ago, a list that I should preface by saying is dominated by David Trampier, and rightly so.

I guess, as I write this, I can’t help but feel that a little more hero worship is in order; the following deriving from the inspirations that Trampier’s illustrations gave me, as a young artist and gamer, and now, as someone who had the opportunity to turn his love for a hobby into something a bit more…

Arthur Rakham on the first two, NC Wyeth on the next two.

I’m a big fan of the work of NC Wyeth and Arthur Rackham, and that is likely because they reminded me of Trampier, or more likely, Trampier was a big fan of them and I just saw it through his work. As you can see, it is hard to look at one without thinking of the other. At least from their ability to infer a narrative, choice of composition, and character design. As for DATs classic pen and ink style? Well, there are tons of sources for it, but there’s one thing I think would be safe to say, he was a follower of Henry J Ford… 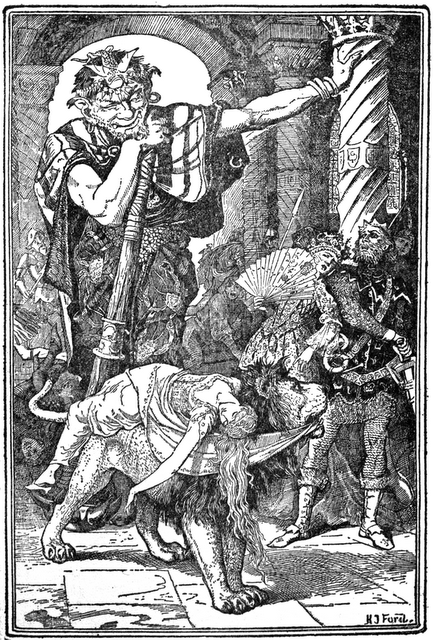 Which, should remind you of this…

Yes, and because the internet is pretty cool for this kind of thing, in case you were not aware, the setting for Trampier’s iconic “Emirikol the Chaotic” is in real world Rhodes…with an extra bit of research on the possibilities thrown in for good measure here.

I’m no Dan Brown, but if you look at the illustration you will see a Mason symbol under the Emirikol monikor, and I believe there is another on Emirikol’s pendant (under higher resolution). Don’t know what the “S” coat of arms might entail, and why “Griffen” uses an “O” (the spelling suggests a breed of dog), and really, the street is connected with the Knights Hospitaller, which had nothing to do with the Masons…so, there.

Lastly, while we’re making connections, Howard the Duck has always felt like an inspiration for Wormy, at least from my point of view…

The talking duck didn’t really impress me, but the talking dragon was pretty damn cool.

When I was younger, Wormy for me was always about the art, the humour having a darker tone despite the ironic whimsy and big eyed, cartoon style goblins and trolls. When I got a bit older, and started making the connection to Gerber/Mayerik’s Howard the Duck, I also felt that there was a rather innocent “Fritz the Cat” vibe running through Wormy as well – albeit, minus all the things that made Robert Crumb’s counter-culture strip so controversial. When I finally started to genuinely “get” Wormy, it shifted on me to become more “psychedelic”, creating the opportunity for Trampier to really flex his visual and artistic muscles. And boy did he ever. 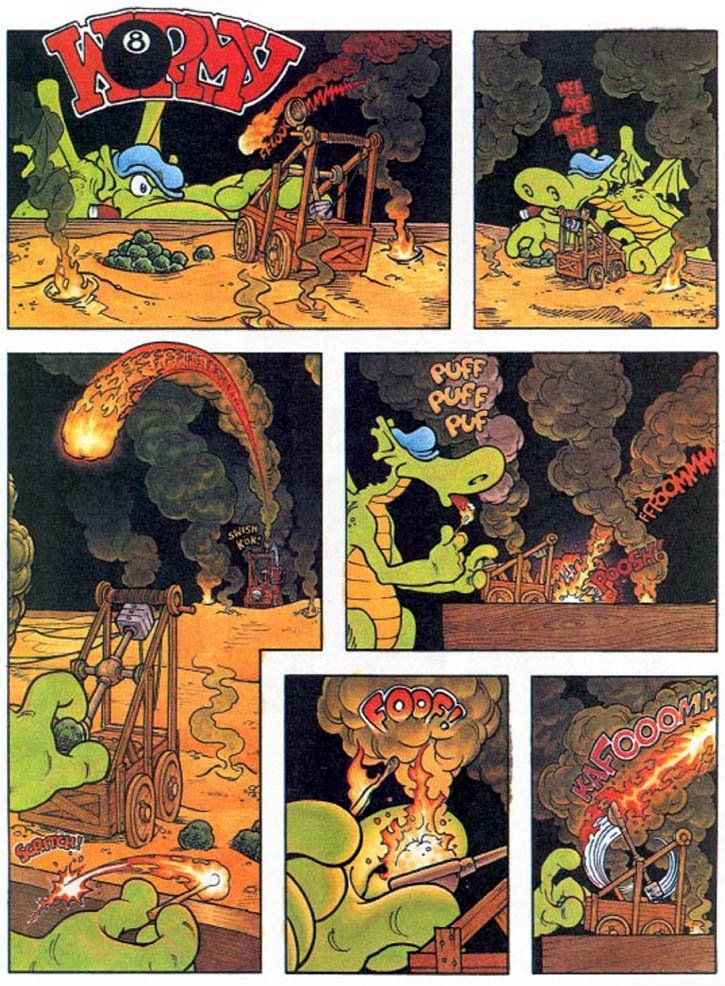 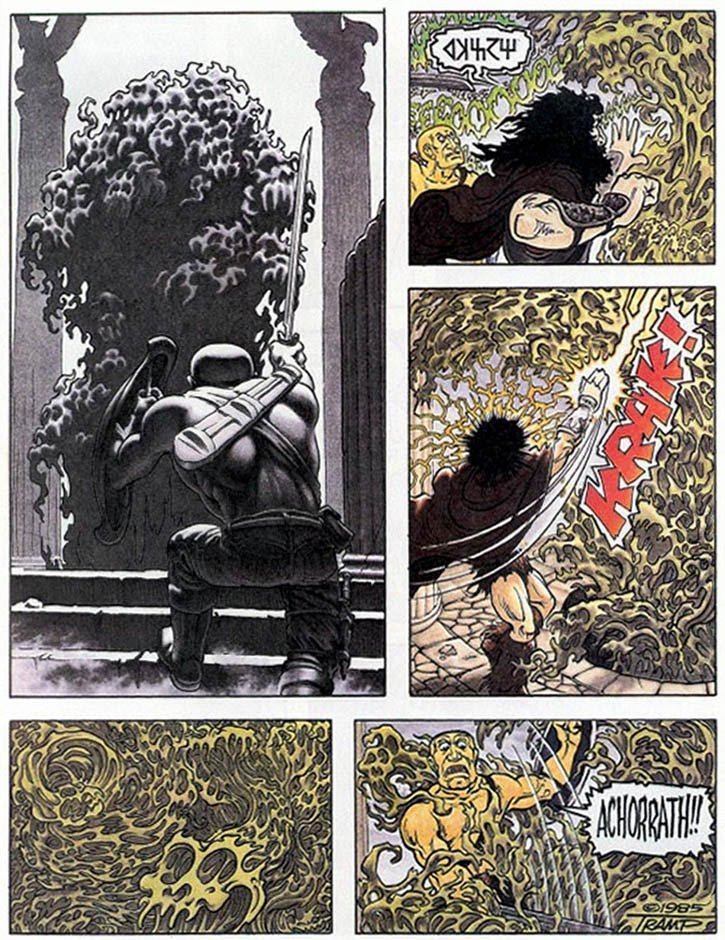 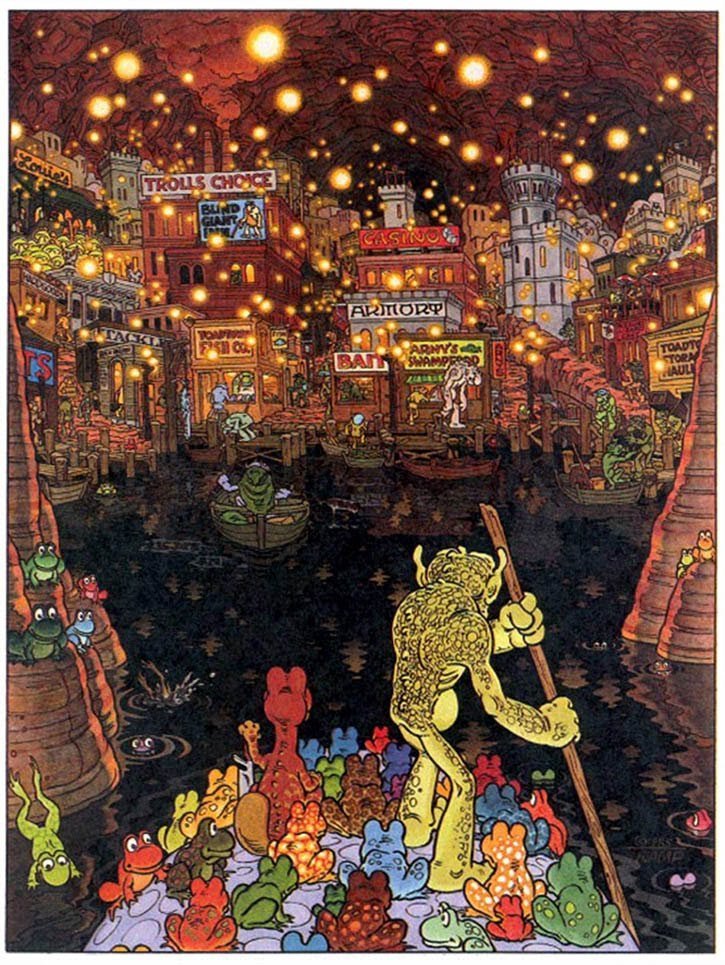 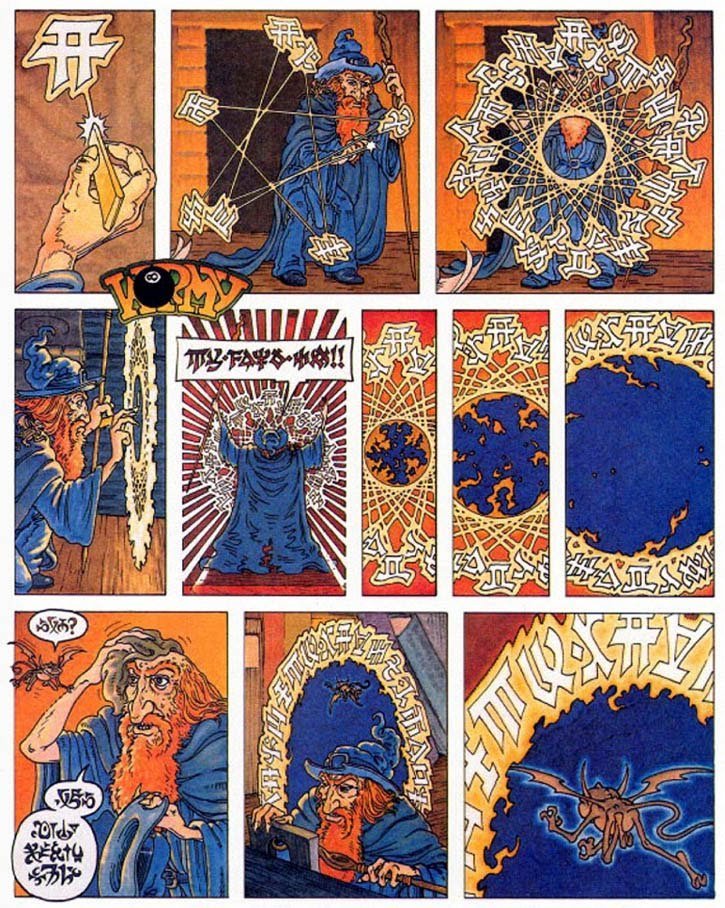 As Wormy continued, and Trampier had steered my eyes to other classic fantasy artists (because, I was perfectly content on just focusing on DAT, Erol Otus and Jeff Dee), I found his employment of different kinds of methods also intriguing. Everything he did I would study up close, attempting to figure out how he created the illusion of luminosity, or mood, or generated the patterns that helped to create his forms.  One technique he used that I would later go on to try throughout my art school days was the use of scratchboard. Scratchboard is an illustrative technique using sharp knives and tools for etching into a thin layer of white China clay that is coated with black India ink.  Basically, you are taking a negative field and pulling the blacks out to reveal the whites underneath. It is a very cool method, and if used in the right manner, is very effective:

If you’ve seen Mark Summers’ style of scratchboard, a similar technique is used in the below illustrations. However, I don’t believe that they are specifically scratchboard (most likely brush and ink), but by varying the thickness throughout the linear pattern it helps to create the impression of blurred light.

It is this ability to manipulate “light” that gives DAT his special quality. By balancing positive and negative space, he achieves a sense of atmosphere, and it is this atmosphere that helps to punctuate the inferred story in each of his illustrations.  In some cases, with just minimal detail, they can evoke time, depth or just how claustrophobic a subterranean passageway can be.

Even with the ability to instill the fantastic, it did appear that DAT enjoyed depicting the mundane as much as anything. I remember reading somewhere a quote from the amazing Keith Parkinson, something to the effect that “one must paint the backgrounds as if they are in the real world, that way that which is fantastic in the foreground can seem rooted in its own reality.” Trampier appeared to have his own philosophy in this respect, choosing to show the fantastic at its most normal. Instead of portraying the great hall of the Hill Giant Chief, he would rather put the activities of its kitchen on display. A man working a sharpening wheel for an Enchant an Item spell is just a man, not some great wizard imbibing a noble weapon with power. Even the heroes of the legendary cover to the Player’s Handbook are devoid of anything exotic or unique.   This was a very interesting approach, one that was never lost on me – that sometimes the fantastic is not really that fantastic at all.

My friend and artist, Claudio Pozas gave me an idea – that I should end this tribute with some examples of my own work, pieces for which at the time of their inception were drawn with the ever present DAT in mind. Here are a few, but to be honest, his influence can be found throughout all my work. Regardless, it’s a terrible shame that David’s time is over.  Still, even with an extended hiatus, his art is alive and well, and judging by the outpouring of reaction to his passing by fan and artist alike, this couldn’t be more true. Thank you Mr. Trampier, for everything.