I know that we played a bunch of different boardgames when I was a kid, and I’m sure that we hit on all of the traditional classics, but there are some memories that have survived better than others in my hazy recollection. With this entry, I’m going to look back at some of the games I remember playing as a child, and a follow-up post will discuss some of the games I’ve been playing with my children over the past year, hoping to give them some boardgame memories of their own. 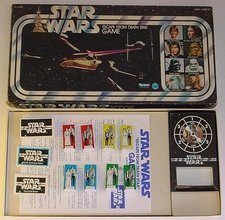 END_OF_DOCUMENT_TOKEN_TO_BE_REPLACED

INGENIOUS – not native to my gaming room.

When you look at my game collection, one of the things that sticks out is that the majority are pretty “light” games, or can be seen as “non-gamer friendly.” One of my latest additions certainly follows this theme: INGENIOUS from FFG. 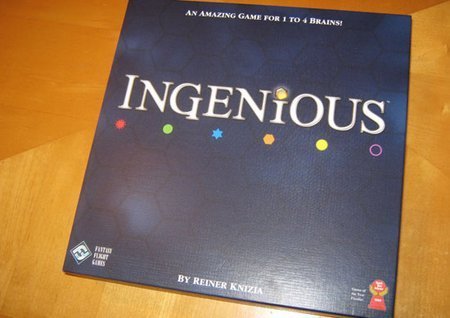 END_OF_DOCUMENT_TOKEN_TO_BE_REPLACED

JAMES ON GAMES: Opinions, Observations and Ideas from James

In the spring of 2000, we created Fiery Dragon Productions, intending to release third-party supplements for the soon-to-be released Third Edition of the World’s Most Popular Fantasy Roleplaying Game.  Perfect, huh?  A bunch of gamer friends creating a game company!  Imagine all of the gaming we’d enjoy… END_OF_DOCUMENT_TOKEN_TO_BE_REPLACED