END_OF_DOCUMENT_TOKEN_TO_BE_REPLACED

Back in Stock, and Bringing Friends

Look what’s back in stock… and with some new friends!

GenCon 2010 was a success, in that we made it there and back in one piece (a feat that may have been in doubt a few times…)

With minimal comment, here are some photos from the con. 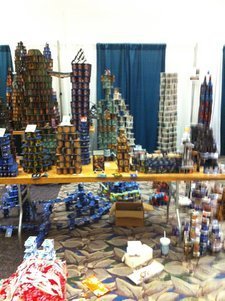 END_OF_DOCUMENT_TOKEN_TO_BE_REPLACED

This year we’re trying that again: Fiery Dragon won’t be exhibiting at GenCon in 2010, but Todd and I will be there as attendees, checking out the Great Hall, playing some games, and hanging out with all the great friends we’ve made over the past decade. Since we won’t be driven by a shift-schedule or anchored to a booth, we’ve got a real chance to explore the Exhibit Hall at our own pace (rather than a hurried half hour break), and here (alphabetically) are some things I’m interested in seeing.
END_OF_DOCUMENT_TOKEN_TO_BE_REPLACED